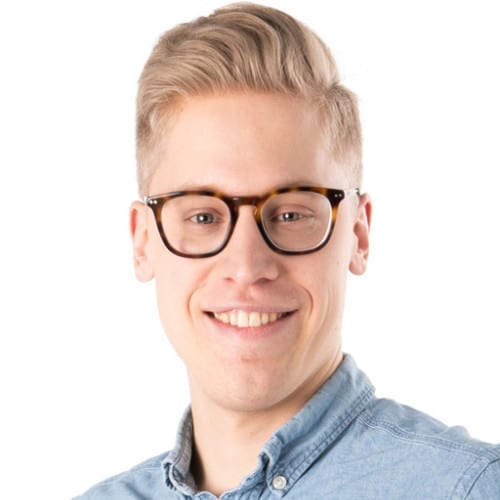 Fastems has been in the automation industry for more than 30 years, and as a solution provider this means we’ve encountered quite a few industry myths. In this blog post, we sum up the five most typical misconceptions we face, breaking them down to understandable pieces and explaining how we’ve busted them. Or have we? That’s up for you to decide.

This blog post is a summary of what was discussed on the first episode of FasTALKS – our video podcast that discusses relevant topics around factory automation in the metalworking industries. This means that separate highlight clips on each of the myths are also available on the Fastems YouTube channel, and everything covered in this blog post can also be listened to on Spotify.

Without any further due, let’s bring on the myths!

1. “I don’t need automation because my utilization is already good enough.”

The best way to tackle this myth is to break it down as math. How many hours have your spindles – actually – been running in the last week or month for example? If the machines are operating as stand-alone, with roughly one operator per machine, there are heavy time-costs involved in:

In most of cases, the following problems are also present, making the figures even worse:

It might even be that the utilization of the machines is not being measured at all, or if it is, that these figures are not available for review or actually used by anyone.

Next, we have to look at how these rates are being measured. Sometimes, we see manufacturers claiming that their machines are being utilized during the completion of set-ups. The argument here is that ‘the machine can’t be used for anything during that time’ and while this is technically true, it’s missing the point. In reality, at its best the utilization of a stand-alone machine tool can only reach 45 percent, but usually get to around 30 percent. It’s of course for everyone to decide if that’s enough, but here’s how we see it:

Every year has 8760 hours and we either make the most out of them or we don’t. With intelligent automation solutions, Fastems has seen more than 8000 hour (that’s 90+ percent) utilization rates of machines. With this in mind, can you afford utilization of only 30-40 percent? Or better yet, what would it do to your competitiveness and capacity if you could double your current utilization figures?

2. “I don’t have enough production volume for automation.”

This is a line we hear a lot in trade fairs and other industry events. There is a general misconception that automation is only for manufacturers that have volumes from hundreds of thousands to millions – like in the auto-industry.

The real truth lies behind the kind of automation used: It’s possible to economically automate batch sizes of 1-5, but it takes different systems than those used to make e.g. personal cars. Still not convinced? Or maybe you want to learn about the technicalities? Check out our case stories of small-to-medium size businesses like Kempf and Almatic or some of our subcontractor (job shop) customers. In fact, most of our customers manufacture batch size of dozens to hundreds or to some thousands – the perfect range for intelligent, flexible automation.

So, what are the key enablers of economic small batch manufacturing and automation? In order to keep this blog compact, here are the two most crucial factors:

Any batch size can be automated. We even have installations that manufacture completely unique batches of one with automation – and it’s economical.

Automation is sometimes seen as complex, risky and dangerous – something only someone with a PhD can understand. While this might have been the case some decades ago, today any manufacturer can take automation into use and learn to use it so well that it becomes as easy as riding a bike. This is mainly thanks to the user ergonomics of the software controlling the automation. Parametric programming also helps, and having clear processes from experienced automation suppliers make it easier to set everything up.

One thing to keep in mind is that automation will definitely change things on the shop floor. This is because it shapes the operator’s role to look quite different in terms of ergonomics, job description and the pace of working. It also creates better opportunities for professional growth. An example of this can be found from one of our customers in Netherlands. There, the main operator, who took much ownership of the implementation, grew in some years to take on the role of a factory manufacturing manager. Automation is not difficult. It’s just different.

While manufacutring control interfaces may been non-user friendly in the 80s, user ergonomics have luckily improved quite a bit since then. Today, any manufacturer can take automation into use and learn to use it.

4. “Automation is only for the big enterprises.”

This myth is usually broken down into two parts: skills and money. The former was already discussed in myth #3, so let’s jump into the financials. In our experience, subcontractors (job shops) as small as two people have made very profitable automation investments. Our SME-type of customers typically have turnovers of a few million EUR (or USD) and employ some dozen people.

The key is in the scope of the automation solution, which can of course vary a lot. Today’s modular solutions offer easy entry-level opportunities. At Fastems, we have designed our entry-level systems such as FPC to have full automation features like scheduling and resource handling and to be easily extendable for future needs. That means future-proof investing.

In any case, one thing implementing automation always needs is a focus and willingness to re-think processes and ways of working – an attitude of development. Luckily, this is something found in big and small manufacturers a like!

5. “Automation is risky because it’s a single point of failure.”

The most common way of putting this myth is as follows: If I run my production using an automation system, a failure in that system will cause the entire production to go down. If instead I have stand-alone machines, failure in a single point only takes out one machine while the others keep on running. Stand-alone systems are less vulnerable for errors.

How do we bust this myth? By pointing out what is relevant. Yes, one should focus on the yearly production stops and trying to minimize them. The reason for that of course revolves around utilization, delivery times and quality.

But now let’s imagine, for the sake of argument, that the stand-alone machine would have 100 percent availability and a 25 percent yearly utilization rate. Then, take an automation system that has typically around 98 percent availability and 60 percent utilization of machines. Which set-up will give you more production hours per year? It becomes obvious that automation is the winner.

Furthermore, because an intelligent automation solution brings along e.g. process standardization and software for production planning and resource management, it actually reduces many of the typical production risks such as:

With automation, you can get much, much more production hours even in the case of maintenance breaks.

Striking Improvements Through the QMS Renewal

In 2019, Fastems started a strategic project around updating its Quality Management System (QMS). “Blah”, you might think, but this is so much more than a Quality Management System with process charts. The QMS Renewal was a much needed next step to follow our cultural revolution, which took place some years ago. Comprising of the Fastems culture was a joint effort where every Fastemsian participated and was made heard.

Paddy Affolter: “Complete Customer Dedication” Service is the first line of contact for Fastems’ customers when problems pop up, and luckily for them, Paddy Affolter -a Services/Robotics Engineer at Fastems LLC-, well, he loves solving problems.   Paddy Affolter is a guy who is seriously dedicated to customers. He has a passion for figuring out complex […]

The math of cutting tool management – Level 2, no scrap or spindle crashes due to wrong tool offsets

By mastering tool offsets with a tool presetting device, time and material savings can be generated by consistent quality.

How to ensure a smooth handover on commissioning? Fastems Virtual MMS delivered in advance of hardware. This aids cell integration and facilitates pre-training and data collation.