Canadian industrialist Sylvain Gilbert was on a visit to Fastems headquarters in Finland in 2005 when it hit him. Sylvain, founder and president of Gilbert Products, a Quebec-based designer and manufacturer of equipment for the forestry, wood, construction, and snow grooming industries, had long been contemplating the purchase of a robotic flexible manufacturing system (FMS) to improve his company’s production process and help bring its activities at four sites together under one roof. 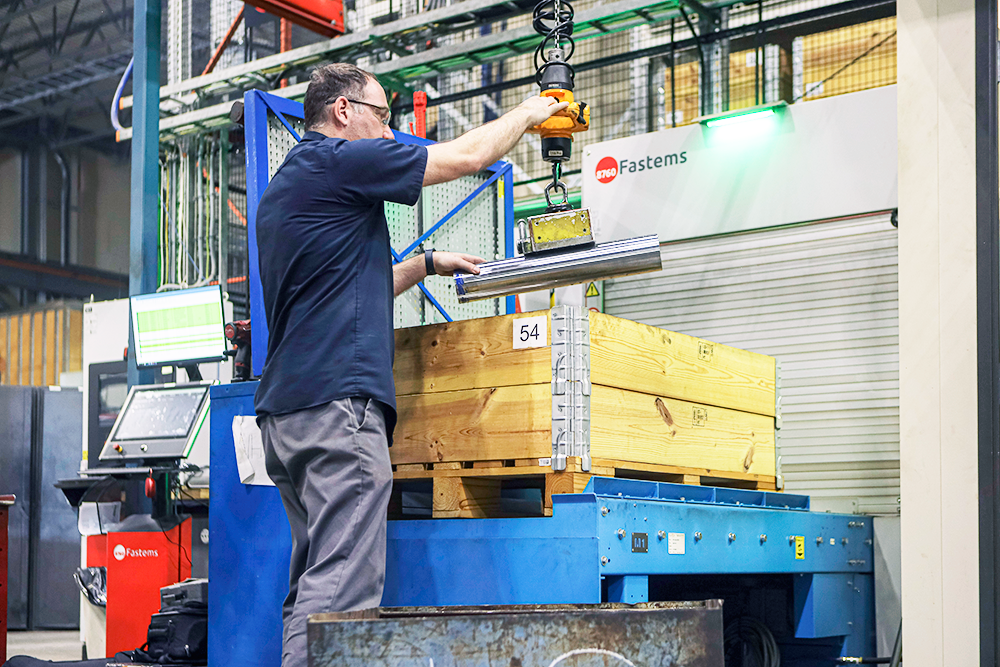 Quick facts from the article

“I’d watched an FMS in action in Germany several years earlier for four or five hours,” recalled Sylvain. “At first it wasn’t obvious to me what the advantages were of such a large installation for a few CNCs. But as I watched it run unattended and the setup work being done on a station where the raw material was being delivered with the corresponding jib, I started dreaming of getting a similar system. By the time I visited Fastems in Finland, that’s when I fully understood and appreciated the potential their technology had for us. I decided to buy it right then and there.”

The Fastems FMS was installed a year later in a new 40,000-sq.-ft. manufacturing facility the company built in the Roberval, Quebec, industrial park, a two-hour drive north of Quebec City. The Fastems FMS became the heart of an automated production system that quickly transformed the company’s way of thinking, doing, and being. Initially connected to and feeding two 5-axis DMG Mori milling machines with 240-tool magazines and 1-cubic-m work envelopes, the FMS controlled and quarterbacked the manufacture of myriad variable metal parts and modules that Gilbert uses to make its wide array of high-performance industrial brand products, most notably planers for the global sawmill industry. 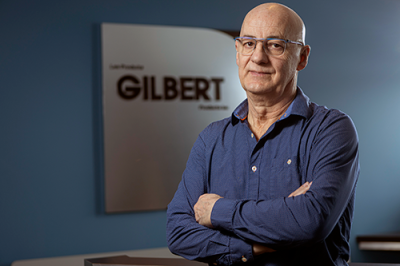 “Our speed of production increased as did the quality of the parts we manufactured.” – Sylvain Gilbert

Working as an integrated entity with the machine tools, which were doubled in number to four in 2013, the FMS components – a rail-guided stacker crane, a setup station, five material stations (for inventory management and kitting of 300 material pallets and 90 machine pallets), a buffer storage, and Manufacturing Management Software (MMS) — helped to increase the flow and speed of production items for Gilbert Products’ machine tools and allowed them to be used at nearly 100 per cent capacity overnights, on weekends, and holidays thanks to pre-configured setups. The system also helped to smooth out the complex, frustrating, and time-wasting problems that often are associated with the organization and management of production resources like tools, materials, and data in scheduled production in variable, small-batch manufacturing.

“The FMS completely changed our production philosophy,” said Sylvain. “Before Fastems we required human intervention for the most complex tasks. But the system did all that and better: better tool management, better CNC program tracking, and better job planning. It put pressure on everyone to improve.”

According to Sylvain, it was easy for employees to learn how to run the $7 million system. “But it took us two years to get to the point where we could fully harness its capabilities and benefits,” he added. “Our speed of production increased as did the quality of the parts we manufactured.” The system also helped the company in terms of labor, because it allowed operators to input their knowledge into the system and help to multiply output. “We basically doubled our production output with the same number of employees,” said Sylvain. “That enabled us to expand our product line and to more than double our sales revenues in just a few years.”

Sylvain also credited the introduction of the FMS with making his company both a market leader and a force to be reckoned with in all four fields it competes in – and not only in Canada, but around the world. “It made us much more competitive by helping to reduce our production costs,” he said. “Its impact on our business was even better than I had hoped for.” 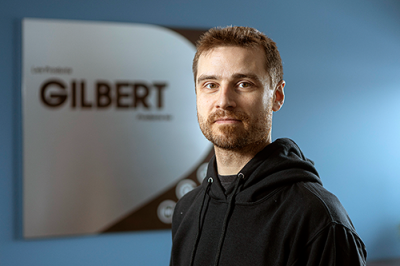 “We worked with Fastems and DMG Mori to come up with a setup that was tailored to what our customers were demanding.” – Frank Gilbert

To sustain his company’s growth—and because of his company’s positive experience with the system’s builder — Sylvain ordered a second, similar FMS from Fastems: a multi-level system (MLS) with a gantry tool system (GTS) that feeds both tools and pallets to milling machines, as well as material pallets to operators for raw material and fixture handling. Installed parallel to the first system in the Roberval plant in spring 2019 as part of a $5.5 million investment, the new MLS was connected to two new DMG Mori NHX 5500 4-axis milling machines.

“We needed to extend the capacity of the shop with new machining centers,” explained Frank Gilbert, the company’s production manager and Sylvain’s oldest son. “We looked at our production log and sized the machines for the parts we needed most. We chose 4-axis machines, which are more robust by design, so cycle times can be reduced. Also, the work envelope is smaller, so the travels are shorter.”

In addition to flexibility, if one of the machines stops for any reason, production is rerouted to the next available machine without human intervention. Frank said the new system offers a variety of savings, from time spent looking for tools and having to move them manually to actual tooling costs. The company’s first FMS, he noted, requires the entire tool list to be loaded in the tool magazine before the stacker crane will bring a job to a CNC, meaning that multiple jobs needing the same tool must either be run on the same machine or require multiple iterations of the same tool to be on hand for use on other machines.

“We basically doubled our production output with the same number of employees. That enabled us to expand our product line and to more than double our sales revenues in just a few years.”

According to Frank, the FMS’s MMS control enables the system to look ahead in the job queues of all CNCs and predict when and where a tool will be needed. It then delivers tooling to machine tools just before use and, at the same time, keeps track of tool wear and notifies operators well in advance of the need for tool maintenance. “With our new FMS, a job will be started even when the 15th tool it will need is being used elsewhere, because it knows the robot will bring it in time for the scheduled task,” said Frank. While the original FMS remains dedicated to making more complex parts, Frank said it made sense to aim for efficiency with the new MLS. “We worked with Fastems and DMG Mori to come up with a setup that was tailored to what our customers
were demanding,” he said.

“We’re looking at another $4 million investment to expand our FMS and add those two Mori machines,” Sylvain said. “That would give us a total of eight [automated] machines. The ways things are looking, we’re going to need them, because demand for our products shows no signs of slowing down.” 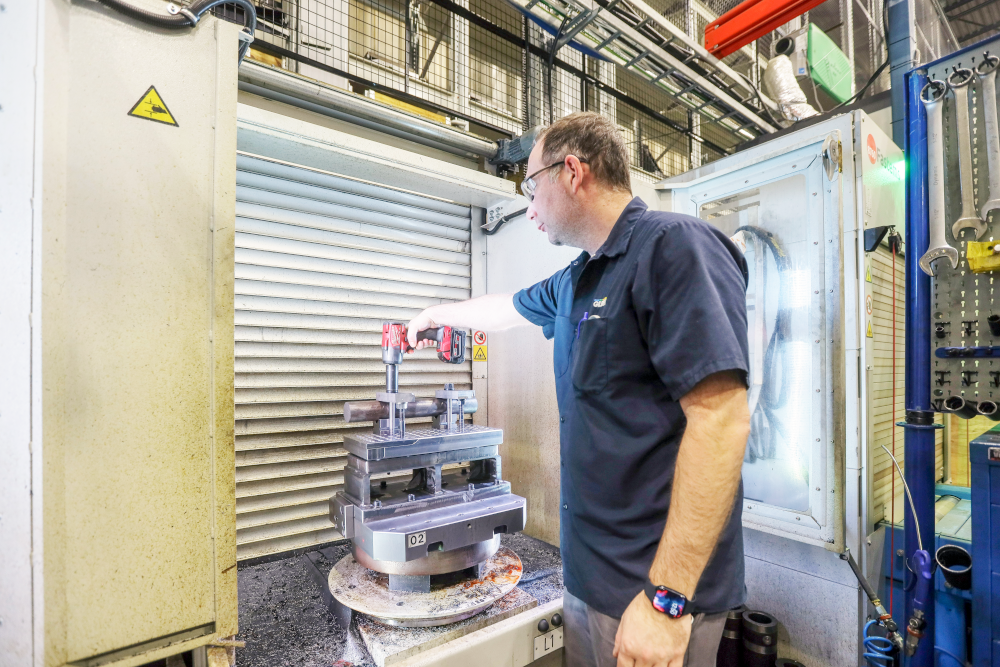 The company produces a series of specifically designed Gilbert products, including its excavator-mounted 3018 felling heads for logging and public works companies and its GM series of brush cutter-mowers. 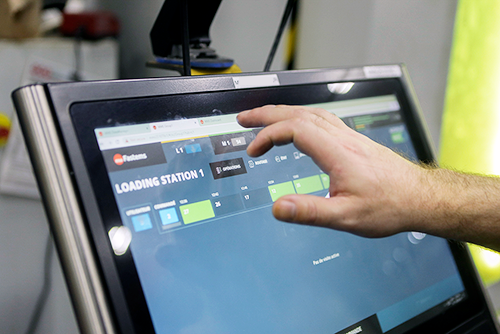 MMS controls the manufacture of many metal parts on the company’s DMG Mori milling machines with 240-tool magazines and 1-cubic-m work envelopes. 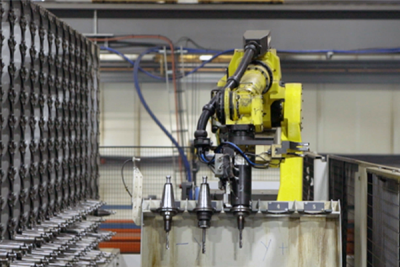 Gantry Tool Storage (GTS) automates the tool transfers to the machine tools and allows for sharing tool between machines.

The original article was written by Mark Cardwell, published in  Canadian Metalworking May 2022 issue. All photos are courtesy of Francis Vachon.