Flexible manufacturing with a Fastems Multi-Level System (MLS) increases productivity and flexibility in metal-cutting manufacturing. That said, the word “flexible” takes on a completely new meaning with MLS because of how the automation is expandable. Through this, manufacturing processes can keep up to pace and contribute towards sustainable growth, which is exactly what Salon Metalelektro Oy in Finland has done. 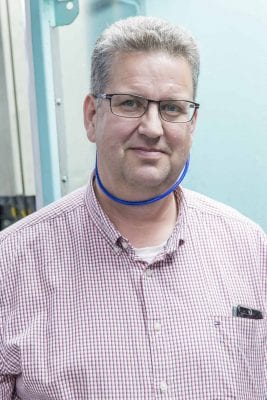 Toni Anttila, general manager of Salon Metalelektro: “We can increase the productivity of the first MLS even further by replacing the older machines with high-performance BAZs, while also reducing costs.”

Salon Metalelektro specializes in the production and assembly of mechanical components. Its customers include well-known companies such as GE Healthcare, Vaisala and Sako. The company is a part of SME Elektrogroup Oy with a total of 130 employees, including Sorv-Elektro Oy. Sorv-Elektro develops and produces testing equipment, cable harnesses and cables for the electrical industry. The company was acquired by Salon Metalelektro in 2000.

“We mainly manufacture components and precision mechanical products made of aluminum. Production batches range from 1 to 100,000 pieces, and our customers expect high product quality and short delivery times,” explains Toni Anttila, managing director of Salon Metalelektro, based in Salo, about 135 kilometers east of Helsinki.

The company has grown rapidly in recent years and now consists of around 65 employees, says Toni Anttila. In 2017 alone, sales growth was around 60 percent.

Success does not happen by chance, but is usually the result of far-sighted planning. The company therefore began with consistent automation as early as 1996 with the installation of a Fastems Multi-Level System (MLS), to which two machine tools were initially connected.

In the following years, they expanded the MLS-LD (loading weight 700 kilograms per pallet) and invested in additional machines. “Initially, we equipped the MLS with Kitamura H-400 machines,” recalls Petri Pitkänen, Head of Development at Salon Metalelektro.

“A little later, we added two more Mitsui Seiki HT-3A and HU-4A machines, so back then we had different types of machines in the system. One year after installation, the MLS was extended by 15 meters and another Mitsui Seiki machine was connected. With the expansion of the MLS and the investments made in the machine park, we gradually expanded the overall system,” reports Pitkänen. 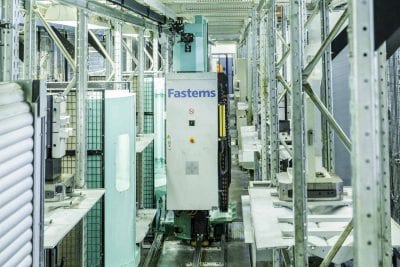 View inside one of the two Flexible Manufacturing Systems. Productivity has been flexibly increased through expansions and modernizations of the MLS. These include a new stacker crane and a new control system, the MMS from Fastems, as well as investments in machinery.

After moving to a new production hall in 1998, Salon Metalelektro’s MLS was uninstalled and rebuilt in the new production facility. More Mitsui Seiki machine tools were added, and in 2000 the system control was due for modernization. A year earlier, Salon Metalelektro had already ordered a TwinMill from Fastems, which was integrated into the system in 2001. At the same time, the MLS was extended again to its current length of 39 meters with a total of 72 pallet positions on three levels. A Kitamura HX-300i was connected a year later. Finally, in 2007, a new stacker crane and version of Fastems’ control software, MMS (Manufacturing Management Software) were taken into use. From 2016 to 2018, five more Mazak machine tools were integrated into the MLS. 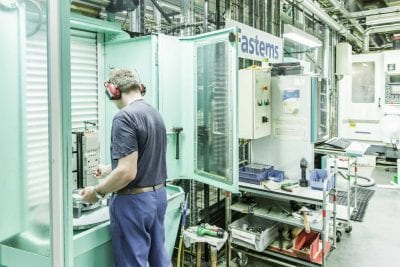 The second MLS-LD was installed in 2002 in parallel with the first system and has three loading stations.

Since the system could not be expanded again due to limited floor space, Salon Metalelektro invested in another Fastems MLS-LD with 43 pallet positions in 2002. The new system was installed parallel to the previous MLS, and initially consisted of five machines. Head of Development Petri Pitkänen comments: “Over the years, we’ve also expanded this MLS to a total of 11 horizontal 4-axis BAZs exclusively from Kitamura. Following an extension in 2005, the system now stands at a length of around 40 meters and integrates three loading and unloading stations. At the time, it had 82 machine pallets on three levels whereas now it has 70. With both flexible manufacturing systems we can produce hundreds of different parts, with an average of 30 different products in one system at any one time.”

Flexible Expansion In Line With Growth

Over the last three years, Salon Metalelektro has invested around 5 million euros into the expansion of its production capacities, mainly through new machines. Against this background, Toni Anttila and Petri Pitkänen agree: The two Fastems MLSs are still at the heart of production, especially because they can be expanded so flexibly. This allows both systems to stay in line with the growth and related objectives of the company, and can also be modernized over the years.

“The only reason we’re able to produce competitively is because we need so few operators for a large number of machines. This is possible due to having a high level of automation,” says Petri with conviction.

Work is carried out in two shifts, with three employees per MLS responsible for loading and unloading. The night shift is reserved exclusively for production, with four employees for both systems. “During the day shift, we’re mainly busy with setups and producing prototypes. Towards the end of the day and also during night shifts, the MLSs are supplied with regular production orders,” says Petri Pitkänen. He also points out that because so many machines are connected to the flexible manufacturing systems, “the loading and unloading stations can easily become bottlenecks. Therefore, we’re currently considering how we can further optimize operations, for example by executing as many setups per machine pallet as possible to produce even more parts with the FMS. We have also been able to reduce the number of machine pallets in the first system from 82 to around 70, partly due to more flexible handling with zero-point clamping systems.” 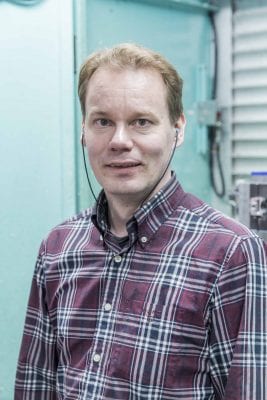 Petri Pitkänen, head of development at Salon Metalelektro, says, “We have a wealth of potential for us to continue to sustainably support our ongoing growth with the two FMSs.”

Managing Director Toni Anttila sees further potential for productivity increases and cost reductions through, among other things, gradually replacing the older machines in the first MLS: “With modern, more powerful machines, we’re able to produce the same batch sizes with fewer machine tools. We took another step in this direction by coupling two new Mazak machines to the MLS in the summer of 2018 and removing an older machine from the system.”

From Petri Pitkänen’s view, the opportunity in additional productivity gains combined with greater flexibility in production have not yet been exhausted. “We can’t expand the MLS further due to space reasons, but as I said, shorter setup times, more setups per pallet, replacing older machines with fewer but highly productive new BAZs will lead to more flexible handling of the machine pallets. What’s more is that this will result in faster pallet changeover times and many additional possibilities that open up a wealth of potential for us to continue to sustainably support our ongoing growth with the two FMSs.”