Automated production that incorporates both continuous quality checks as well as product identification – these are just two out of the special features that distinguish this medium-sized Finnish company. In addition, the company is specialized in high-performance and extremely efficient machining.

The foundation of Konepaja Sihvo Oy, headquartered in Hyvinkää, Finland, was laid almost 60 years ago. “Our company has been operating under its current name since 1983, and I am now the third generation to manage the company with over 40 employees,” explains Simo Sihvo, Managing Director of the company. 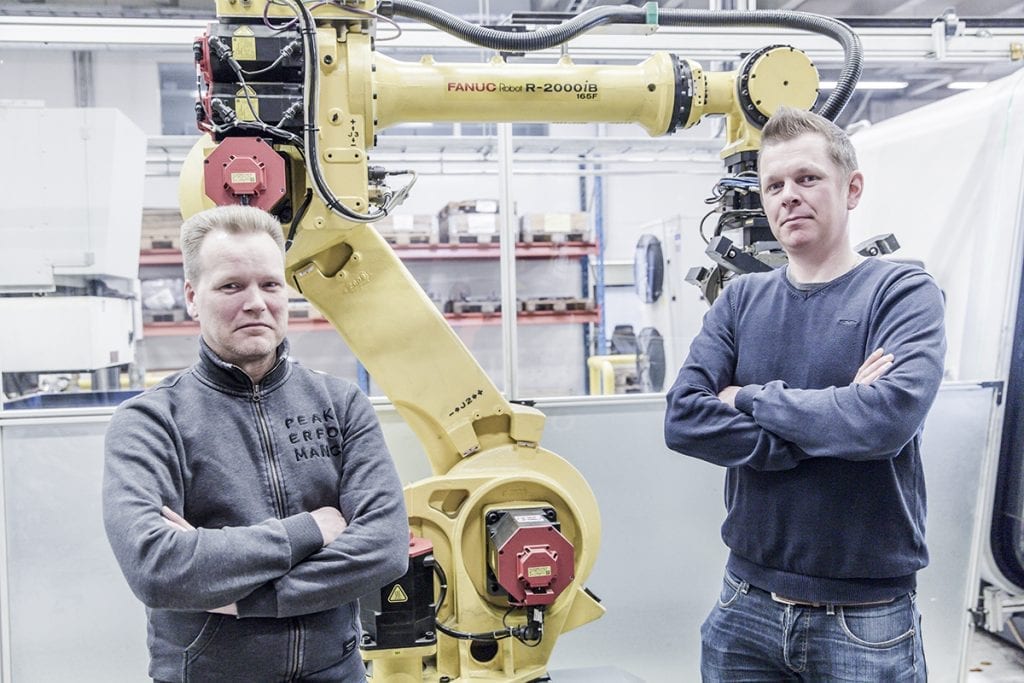 Tuukka Pasanen, the Head of Quality Assurance (on the left), and Simo Sihvo, the Managing Director of the company (on the right).

When it comes to the range of products offered by Konepaja Sihvo, the Managing Director revealed that most of the ready parts are employed for applications in which safety requirements and quality expectations are extremely high. Furthermore, Konepaja Sihvo provides a wide range of services, including 3D measurements according to customer specifications, and assembly of modules that are made of components generally produced by Konepaja Sihvo.

Konepaja Sihvo is resolutely directing its focus on automation. As Simo Sihvo describes: “In 1987, we invested in the first robot cell for automatic loading and unloading of a turning and milling machine. Before that, investments like this were not viable, as our customers primarily required us as a contract manufacturer when their own production capacities had reached their limits. However, this situation changed in the early 1990s when our customers increasingly began outsourcing their production. These days our average batch sizes range between 30 and 300 units. Whether we produce smaller numbers of units manually or by means of automation always depends on whether the orders are individual or repeated, as the latter certainly helps make automated production more cost-efficient. Currently have a total of six robot cells in use.”

In 2012, Sihvo received a major order to produce specific, axially symmetrical parts made of cast iron with a diameter of around 700 mm. Due to the expected batch size of around 10,000 units per year, Sihvo explained that it was clear they would be investing in another robot cell. This had to be done to meet the requirement of the customer: 100% of the ready parts needed to be quality checked. Therefore, Konepaja Sihvo required a complete solution that would not only perform automatic loading and unloading of the machinery, but also made consistent quality checks possible.

“Last year, we achieved a total of 5,500 spindle hours per machine and are likely to exceed this figure during this year. I cannot think of anything that would make us more productive or efficient!”

Looking for a Reliable Partner

At the time, Konepaja Sihvo was in close contact with Fastems due to a previous project related to a robot cell. During this project, the system integrator had demonstrated that it is possible to integrate workpiece check into the automation concept for a robot cell. “From our perspective, this is why Fastems was the company we wanted as a partner for the ambitious new project, and therefore commissioned the automation solution in 2012,” Simo Sihvo explains with Tuukka Pasanen, the Head of Quality Assurance, adding: “We were not disappointed, because what Fastems developed for us at the time really was unique in Finland.” Even from today’s perspective, the statements made by Konepaja Sihvo’s Quality Assurance Manager remain true. 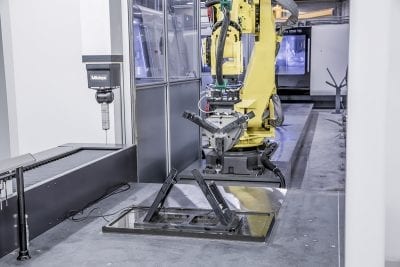 The robot cell made by Fastems.

More about the specifics: The robot cell is comprised of two five-axis turning and milling centers, which are loaded and unloaded by a shuttle robot with a load bearing capacity of 165 kg. A key component of the automation solution is a measuring machine that has been set up in an air-conditioned room within the cell. Once a part has been completed, a robot transports it to the measuring station, for which a roll-up door is opened and then closed again before the check.

“The measuring room is equipped with a second roll-up door that allows access to it from outside of the robot cell. This means that along with the parts produced in the cell, we can also check other workpieces when necessary,” Tuukka Pasanen explains.

The robot cell made by Fastems has now been in operation at Konepaja Sihvo for around five years. “Over this period, we have gathered a lot of valuable experience and seen overwhelmingly positive results,” the Managing Director concludes. The fact that the automation solution is producing workpieces around the clock in three shifts and is being permanently utilized at 80 to 90 percent of its capacity when measured in terms of annual production hours, is what Simo Sihvo considers almost as an understatement. And yet, Sihvo can name specific figures and give an outlook for the future: “Last year, we achieved a total of 5,500 spindle hours per machine and are likely to exceed this figure during this year. I cannot think of anything that would make us more productive or efficient!”